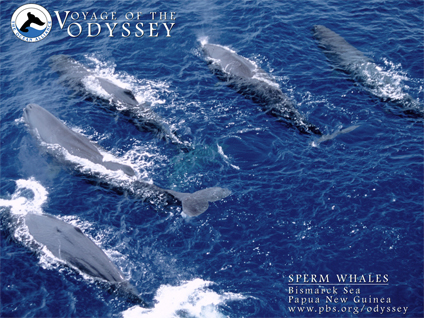 What are we studying?

We study sperm whales (Physeter macrocephalus) with our ‘One’ environmental health approach to gain an overview of global health investigating the health of humans, wildlife, and ecosystem health. Sperm whales live in all of the world’s oceans and can provide insight into global health as a wildlife species. They are large, and long-lived species that spends their entire life in the ocean where they may be exposed to environmental contaminants. Thus, we use sperm whales as a model species to understand the threat of metal pollution to them, to monitor the health of the oceans, and to understand human health. To accomplish this we employed several methods: 1) We collect whale tissue samples to measure metal levels including chromium. 2) We establish primary cell lines to measure chromium induced cell death and genetic changes and compare those outcomes to the same endpoints in human and other wildlife species cell lines. 3) We measure DNA and chromosome damage in fresh whale samples to determine if damage occurs in the individual and to monitor the population.

Why are we studying it?

Sperm whales are an endangered species. They are top predators in the marine food chain feeding primarily on squid and fish, much as humans are the top predator in their food chain. Sperm whales inhabit all oceans and they have a long life span. Thus, they are an ideal sentinel for studying the threat of marine pollution. Sperm whales also dive to great depths (over a mile deep) and can stay underwater for hours. Thus, they must have evolved novel adaptations to protect them from the environment. These adaptations may shed light on new way to approach human disease. We seek to identify the risk of environmental contaminant to the sperm whale populations and determine if right whales can serve as indicators of the threat of environmental contaminants to human health. We are also investigating novel adaptations in the whales.

Sperm whales are also a key species in the Gulf of Mexico. On April 20, 2010, the Deepwater Horizon oil rig exploded resulting in an uncontrolled release of crude oil into the ocean. By the time the well was capped and the oil flow stopped, the disaster had become the largest environmental oil crisis in U.S. history and the second largest in world history. Superimposed on the massive oil release, was the use of chemical dispersants that were sprayed on top of the oil and injected into the Gulf waters in unprecedented quantities. The toxicity of these dispersants is unknown, and it is uncertain how mixing them with oil might alter the toxicity of the oil. This crisis provides a unique and critical opportunity to understand the impact of ocean pollution on marine life. The data collected and the lessons learned will serve to inform us about the decisions made and the actions taken in the Gulf of Mexico, which will then, in turn, serve to inform us how to move forward in improving conditions in the Gulf of Mexico as well as inform us better on how to protect other important marine environments from this sort of disaster.

What are we finding? 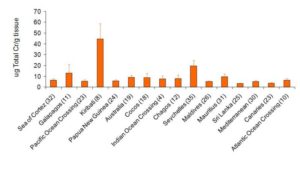 In the Gulf of Mexico sperm whales, we found high levels of chromium and nickel in sperm whale biopsies collected in the months following the oil spill; significantly higher than levels collected from other areas of the world. 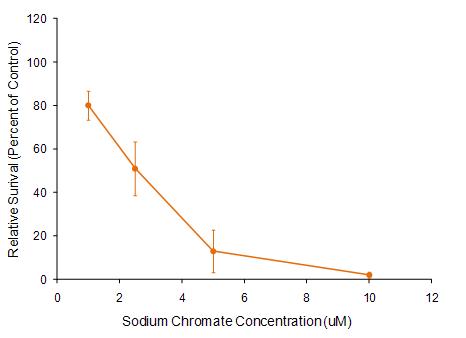 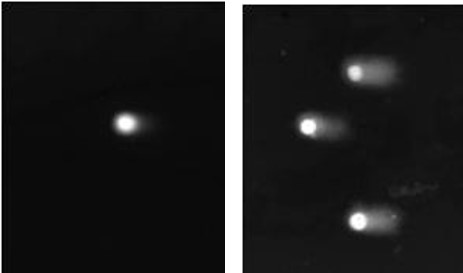 The other assay we use is an H2A.X immunofluorescence assay. In this assay, DNA double strand breaks are detected indirectly by analyzing a protein that is known signal within a cell that breaks are present and repair is needed. This protein is called H2A.X. Upon the formation of a DNA double strand break, several H2A.X proteins in the vicinity of the break are activated forming a focus of activated proteins. This focus can be visualized by immunofluorescence methods, where each focus (green dot) is known to represent one single DNA double strand break (the nucleus is stained in blue). The picture below shows sperm whale skin nuclei with and without DNA damage (shown as green dots). 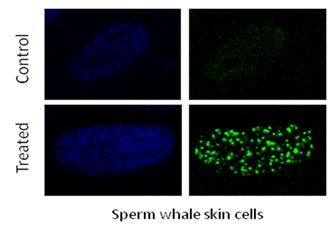 What does it mean?

Our data support the suggestion that chromium (VI) and other metals pose a potential health risk to sperm whales who are exposed through either inhalation of chromium or other routes such as diet. Furthermore, because our data indicate that chromium (VI) damages chromosomes, chromium (VI) exposure may contribute to the development of cancer, developmental abnormalities and failure to reproduce. Our data also indicate that metals are an important concern in the Gulf of Mexico oil crisis and that dispersant exposure may pose a health risk for whales.

Where can I read more?